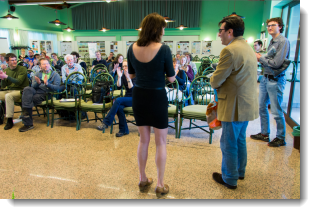 The 2nd RECARE plenary project meeting was held in Padova, Italy, from March 16th - 20th, 2015. The meeting was organised by Francesco Morari and colleagues from UNIPD in cooperation with the project coordinators.

The meeting gathered more than 50 RECARE partners from all over Europe. The purpose of the meeting was to discuss the progress of the project and to make detailed plans for the upcoming 18-month second period.

On the first day the meeting was opened by Dr. Violette Geissen, member of the coordination team, who gave a short overview of the goals of the project and its current status. The rest of the day was spent on information exchange between the Case Study representatives and Work Package leaders.

The second day of the meeting hosted a number of presentations and feedback from day 1. Also the Case Studies were given the opportunity to present a poster displaying their progress during the first project period, generating a lively discussion between Case Study representatives and other project members. For the third day a visit to the local case study area was scheduled. Francesco Morari and colleagues showed us some experimental farms where the local soil threat of loss of organic matter is studied. 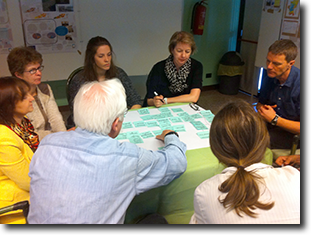 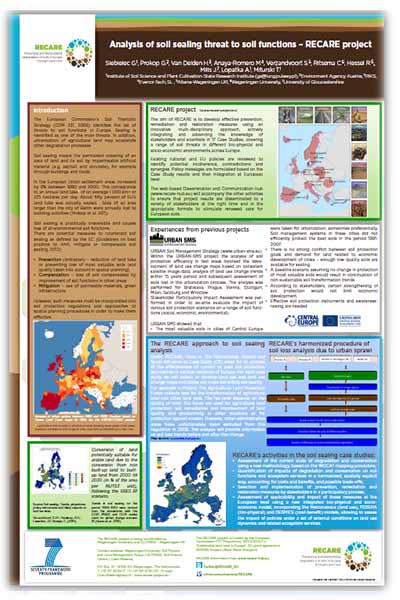 Soil sealing is identified as one of the main threats to soil functions in Europe. Soil sealing means the permanent covering of an area of land and its soil by impermeable artificial material (e.g. asphalt and concrete), for example through buildings and roads.  Under the EU RECARE project, cities in The Netherlands, Poland and Spain will serve as Case Study areas for an analysis of the effectiveness of current or past soil protection approaches.  The Case Studies will:

To view the poster click on the image.   For more information about soil sealing follow the link here 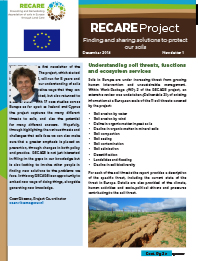 The first RECARE newsletter is now available detailing project activities over the first year.  Click the image below to download the newsletter. 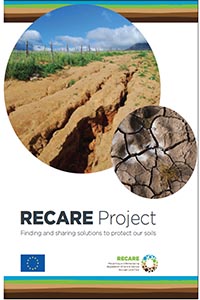 The RECARE Information Hub was launced on 1st April 2014.  It will be continuously updated with outputs from the project, so please keep checking back.   For an overview of the project you can view the project leaflet here. 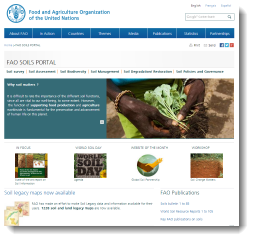 More attention to the health and management of the planet's soils will be needed to meet the challenge of feeding a growing world population while coping with climate change and increased scarcity of natural resources, FAO Deputy Director-General Maria Helena Semedo today told a group of leading soil scientists and research organizations gathered at the UN agency's Rome headquarters to mark World Soil Day.

To emphasize the importance of Soils, FAO also launched a new online "soil portal," which offers a comprehensive collection of soil maps and over 700 technical reports.

Link to the FAO Soil portal.