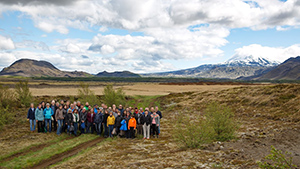 17th June 2017, Iceland In the battle to save the planet’s soil from desertification, the black volcanic sands below Iceland’s largest active volcano seems an unlikely place to start. The RECARE project, funded by the European Union, is involved in finding and sharing solutions to soil threats across Europe and recently the project scientists visited the RECARE case study site in Iceland to learn more about the efforts to halt the soil threat of desertification.

Our host Johann Thorsson from the Icelandic Soil Conservation Service (SCSI) explains that Mount Hella (pronounced HeK-la) is overdue for an eruption. Sensors are detecting that the mountain is swelling with magma entering its upper chambers, but that should not distract from the business of restoring the soil as demonstrated in the trial plot. Johann and his team are experimenting with ways in which to halt the desertification of Iceland and to restore the fertility and health they have not had for several centuries. Prior to settlement, Iceland, like many islands colonised by humans with axes and followed by sheep, was not as it appears today. The first people found an island covered with trees, some of which stood at over 10 metres and were later used for building boats. Underpinning these verdant forests was a soil that was both fertile and protected from the vicissitudes of Iceland’s weather. 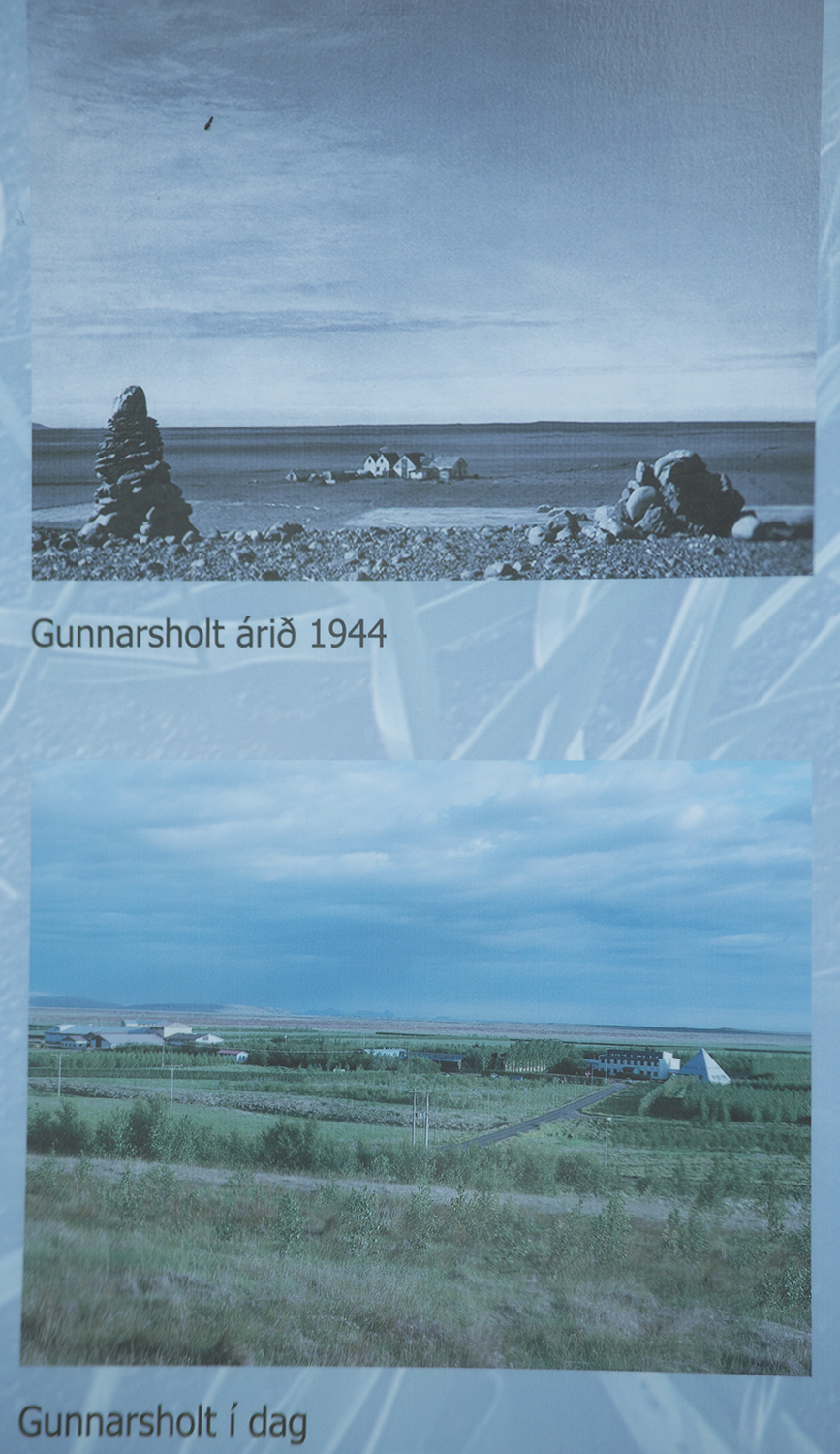 A very precisely dated geological event produced the flat valley in which the trial is taking place. During a storm in the 1880s, this land blew away. A dry winter had left the soil exposed, and a ferocious storm struck the island, local rock formations funnelled the storm-blown sand multiplying the force of the wind; centuries of slowly accumulated soil was stripped away in a few days. To this day the valley lies three or four metres below the previous soil level. This perfect sandstorm had been particularly devastating as Icelanders had unwittingly prepared the way for their own land's destruction. The forests the settlers found had long gone, leaving the surface of the soil exploded and vulnerable. As with so many agricultural settlers then and now, the first Icelanders had cleared the land for planting in the most efficient and destructive way, by burning and slashing clearings in the forest. Then the enforced self-sufficiency of such an isolated island saw Icelanders smelting their iron using charcoal from the forests until there were no trees. The final multiplier of this destruction was the sheep. Still highly esteemed, sheep were a source of food and fibre, in one tough and mobile package but they, in turn, grazed the vegetation to the edge of destruction. Then came the volcanic eruptions layering ash and temporah across the land.

Anne Bau points to the area around Hella, and remembers when it was a desert of shifting black sand. In her lab at the ISCS she demonstrated the patient combination of seed science and adapted farming technologies that have seen the area replanted with native grass species, and the spread of the dunes stopped. There is not a ready supply of the lime grass seeds on which the restoration process relies so these need to be bred, the seed cleaned and tested before being used to stabilise the land. Shelter belts of trees line some of the fields, helping the grass establish by protecting it from the ever present drying wind and starting the process of stopping the sands shifting. Out on the test plot, spared from the sheep grazing that inhibits the regeneration of grass in other areas, the grass is establishing well, and some trees are spontaneously reappearing. Often it is said that it takes centuries for soils to be restored but the lands around Hella demonstrate what that the combination of science and stamina can achieve; in time spans that are meaningful to people.

These efforts would not be sustainable without the scientists' most important partners - local farmers. RECARE met Sika, a local farmer, purring with pride and joy in her recently restored forest. It is an island of green in the otherwise cold desert of black sand, blue mountain streams and fields of rough grazing. A halo of blue Alaskan lupines surrounds it, providing a slightly festive and unexpected burst of colour in the landscape. The lupine is an invasive species that is a feature of the roadsides and broken ground of Iceland, another reminder of how humans shape this volcanic landscape. Sikka describes the forest as a product of passion, a labour of love that provides pleasure to visitors and suggests a future landscape, perhaps one more like the first settlers saw from their boats.

For more information about the soil restoration work in Iceland, please contact Johann Thorsson This email address is being protected from spambots. You need JavaScript enabled to view it.